At Gamer's Haven, we have a large assortment of collectible card games, and our inventory is growing daily!  We stock the two most popular games in the genre, Magic: The Gathering (MTG) and Pokemon. But that's not all! We also carry Keyforge and a number of other collectable and deck construction games.

We also carry all of the accessories you might need, from card sleeves, to tuckboxes, to life counters and so much more!

Come in and talk to our sales team to find out more and check out or entire selection! 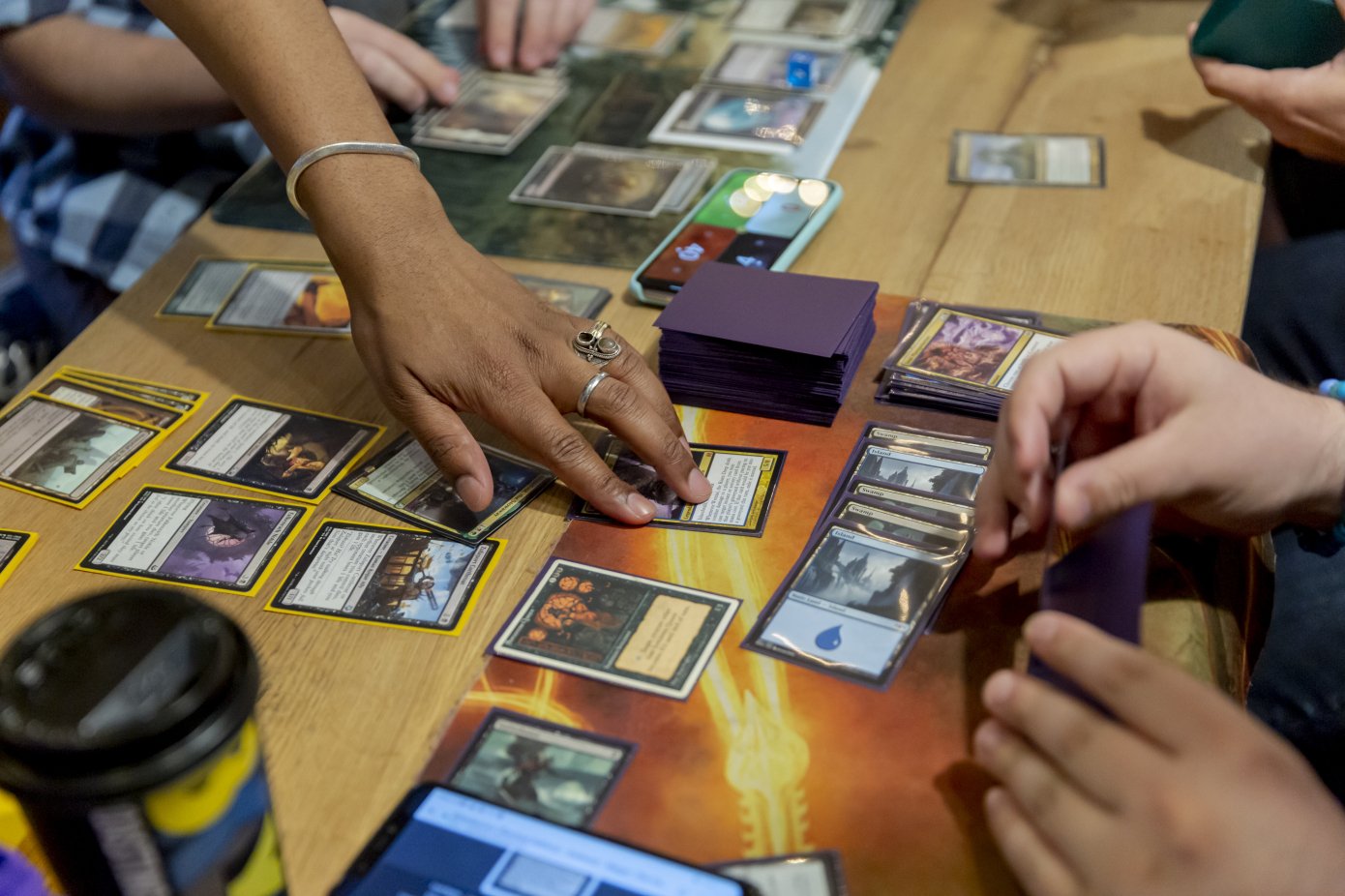 Magic: The Gathering is a collectible card with approximately thirty-five million players worldwide! Players are Planeswalkers – powerful mages who cast spells, use artifacts, and summon creatures as depicted on individual cards in order to defeat their opponents.

Magic can be played by two or more players. It can be played in various rule formats, which fall into two categories: constructed and limited. Limited formats involve players building a deck spontaneously out of a pool of random cards with a minimum deck size of 40 cards; in constructed formats, players create decks from cards they own, usually with a minimum of 60 cards per deck.

Pokémon is a Collectible Card Games based upon Japanese anime that have found success internationally, and is one of the longest surviving CCGs currently available. Many people who buy the product often do not play the game, choosing instead to collect their favorite characters from the franchise the game is based upon.

The object of the game is to play your Pokémon cards, that represent different creatures, and be the first player to "knock out" (defeat) six opposing Pokémon. You play the game with a deck of sixty cards that include your Pokémon, as well as Trainer cards and Energy cards. Trainer cards affect the game, players, or Pokémon in different ways, most of them temporary, while Energy cards act as the resources in the game.